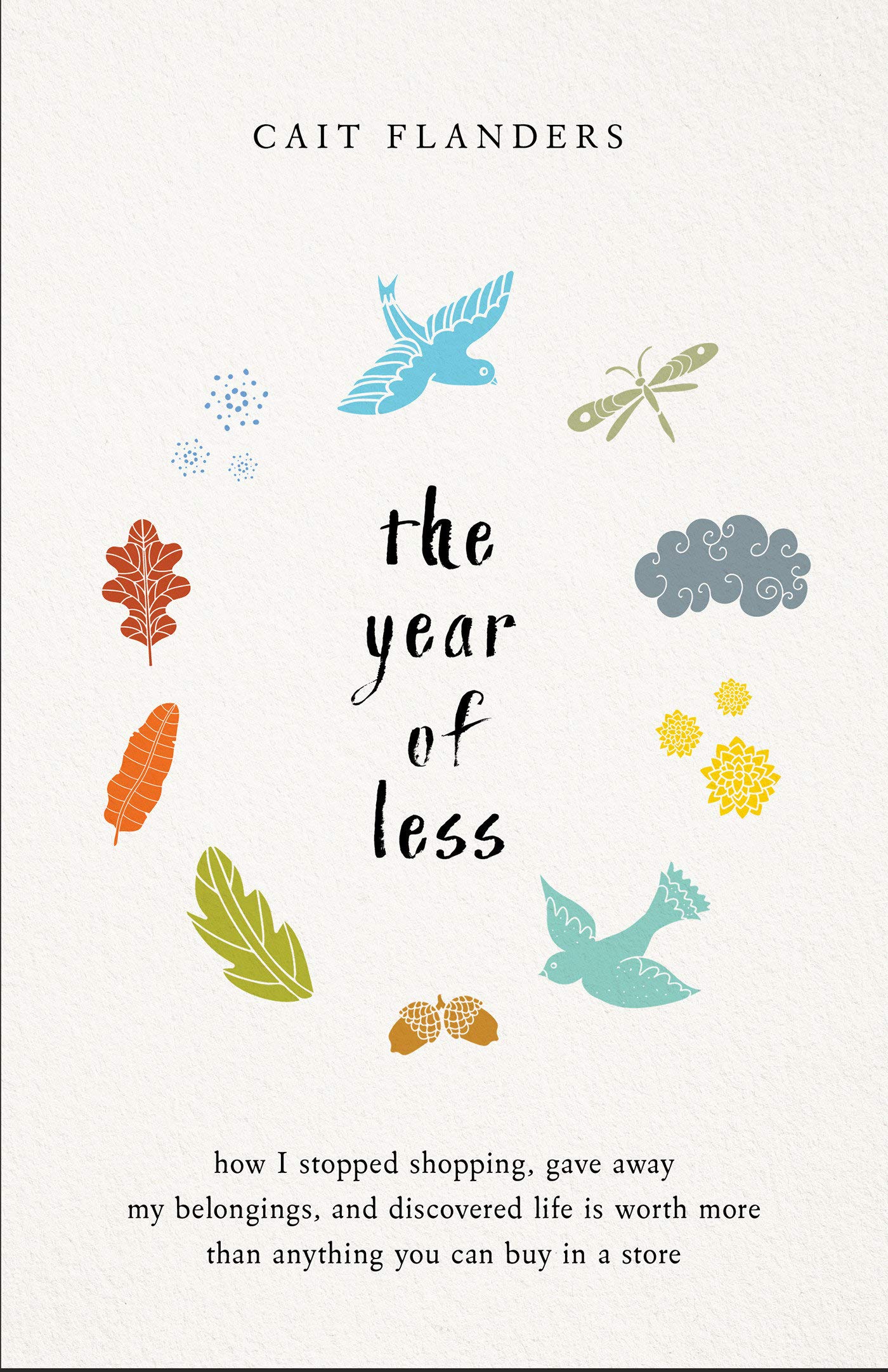 The Year of Less was written by a Canadian blogger who set herself the mission of buying nothing but the barest essentials for a year. After spending her twenties yo-yoing in and out of credit card debt, and having already won personal battles against obesity and alcoholism, Flanders decided to embark on this next chapter of personal transformation. She was going to clear out all her surplus stuff, then get her binge-shopping under control.

I had quite a few issues with this read, but first among them was my expectation versus the reality. The ‘advice and practical tips from Cait’ that the blurb promises are crammed into ten pages at the end. The advice is generic, and uninsightful. Therefore, for the purposes of helpful information, this book can be rated as a pamphlet.

This is not an informative text about a rampant consumer’s research into consumerism, or an exploration of the psychology of binge-shopping. And it is not a guide on how to control one’s own spending. The Year of Less is an autobiography, focused on the author’s own journey, and for an autobiography to be good, I think it has to be about an especially interesting person.

It is easy to look at a picture of a stereotype, point your finger at it, and say, ‘I don’t look like that, so I’m not that way.’ By announcing this, we somehow feel better about ourselves, even though we’ve just shamed every other person who does fit under that umbrella. I may not have identified as a shopaholic, but there was no doubt I was a compulsive shopper.

Unfortunately, Flanders does a compelling job of portraying herself as the epitome of all white middle class millennials. Indeed, she conforms so completely to the stereotypes of coffee, scented candles and overindulgent introspection that from the outset I found it difficult to take her seriously.

I don’t believe you can entirely blame a person for their personality, so I will not pretend that is a proper criticism. However, I think non-fiction cannot hit the high notes without a likeable, or at least unintrusive, voice to guide the reader through, and this is where the book really shed its stars for me. Pain always merits sympathy, but in many ways this text is a monologue of self-pity, which did not sit well against a backdrop of such incredible privilege. I could not muster much feeling for Flanders’ sorrowful wish that she had travelled more during her twenties, because she did not seem to realise how wealthy she was. Given that her father was able to build a 900-square-foot garage out of his inheritance, I found it difficult to believe she had ever known any real economic peril.

I do agree with the book’s great discovery – it is possible to be just as happy with less stuff, and buying stuff to fill a hole in your soul isn’t going to do you any good. However, I was increasingly sceptical as this book went on about the author’s goal. Flanders seemed to genuinely believe that if she got her finances under control, she would find herself in the land of happy-ever-after. This simplistic attitude was grating.

Over the years, I have come to believe there are two types of friends in this world: the friend who will save you from going home with the random person you met at the bar, and the friend who will celebrate your sexual escapade over Bloody Marys the next morning… I also believe we choose who we share these internal struggles with before we make our final decisions, because we almost always tell the person who will enable us to make the bad choice.

Throughout the text, I felt that it could have been so much more. Had the author taken the time to research and flesh her own experiences with facts, this could have been an interesting project. As it was, topics like the zero-waste movement received no more than a passing reference, despite being incredibly relevant.

The Year of Less is a personal book, and I don’t take issue with that. The story of a recovered alcoholic piecing her life back together was always going to be an uplifting one. I just wish it had looked outwards, as well as inwards, forwards, as well as back. Flanders could have met other people also trying to cut back on their consumption and gained insight. Her discussion of alcoholism and how not drinking made her feel socially isolated could have been so much more substantial had she made the effort to connect with other people who don’t drink. Rather than telling us why she didn’t go to AA meetings, she could have gone to one and found something either to substantiate or challenge her views.

I am happy for the author. It’s great she turned her life around, and she deserves much credit for doing so. I just wish this book hadn’t taken itself so seriously. It was wispy, and the author’s lack of scholarly credentials made it a misleading flop.